In 1969, a timepiece made a grand entrance into the watch market: the Zenith El Primero A384, the first automatic chronograph to beat at 36,000 vibrations per hour. Its movement, baptised El Primero – a proud and melodious name meaning ‘the first’ in Spanish – has become an icon over the years. To celebrate the 50th anniversary of this revolutionary movement, Zenith presents a ‘Revival’ model, a faithful reconstruction of the original Zenith El Primero A384. To accomplish this, the manufacture adopted a ‘reverse-engineering’ approach. Each piece of the 1969 model was accurately digitalised and reproduced. The only exceptions to the rule are a sapphire crystal instead of the original acrylic crystal, and the inclusion of a sapphire crystal case back to allow the latest version of the emblematic El Primero 400 calibre, which has been improved over the decades, to be admired. Its 37 mm retro-futuristic case corresponds to the stylistic conventions that were fashionable at the time: people wanted to be part of the emerging modern world, and this chronograph encouraged them to reach for the moon, even if they couldn’t set foot on it. This reissue is dedicated to the fans of the period that saw the world enter a new era.

The first El Primero by Zenith

When Zenith launched the first automatic chronograph movement in 1969, several other watchmaking houses were hard on its heels. But it was the Le Locle-based manufacture that won this race against time with the El Primero movement. The idea of designing such a movement was first mooted in 1962. The time was ripe for automation. But there was no question of using an existing calibre and simply adding an extra module. At Zenith, the ambition was to create the first integrated automatic chronograph calibre, beating at a high frequency to measure tenths of seconds. It took seven years of research to hone the El Primero. The movement’s architecture was designed with ease of assembly in mind. For 50 years, this legendary movement has continued to drive Zenith timepieces. Although it has seen some improvements, it remains essentially the same. 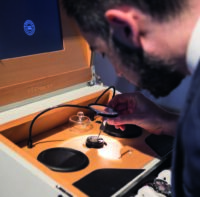 If Zenith is now able to celebrate the El Primero’s half-century, it is not only due to the know-how of the pioneers that invented it, but also to the intervention of watchmaker Charles Vermot in the early 1970s. In the middle of the quartz crisis, he saved the tools necessary for making the calibre from destruction, hiding them in a locked attic, while the American firm that had bought the manufacture sought to dispose of them. “What he did was extraordinary,” enthuses Julien Tornare, CEO of Zenith. “It demanded such courage! He saved the brand!”

El Primero around the world

Zenith has decided to celebrate the El Primero’s jubilee all year long by inviting customers, collectors and friends of the brand from around the world to join its CEO. This grand tour, called the ‘Grenier Club’ in tribute to Charles Vernot’s famous attic, has taken the form of a series of exclusive dinners. From Milan to Dubai, New York to Paris and Moscow to Mexico, 50 lucky guests have been invited to prestigious venues. It has also been the perfect opportunity for the manufacture to present a limited edition of 50 anniversary boxed sets containing three chronographs: a reissue of the 1969 El Primero, a Chronomaster El Primero with an optimised movement and the recent Defy El Primero 21, which measures and displays 1/100th of a second. A space in the box remains empty in anticipation of Zenith’s forthcoming high-frequency movement. 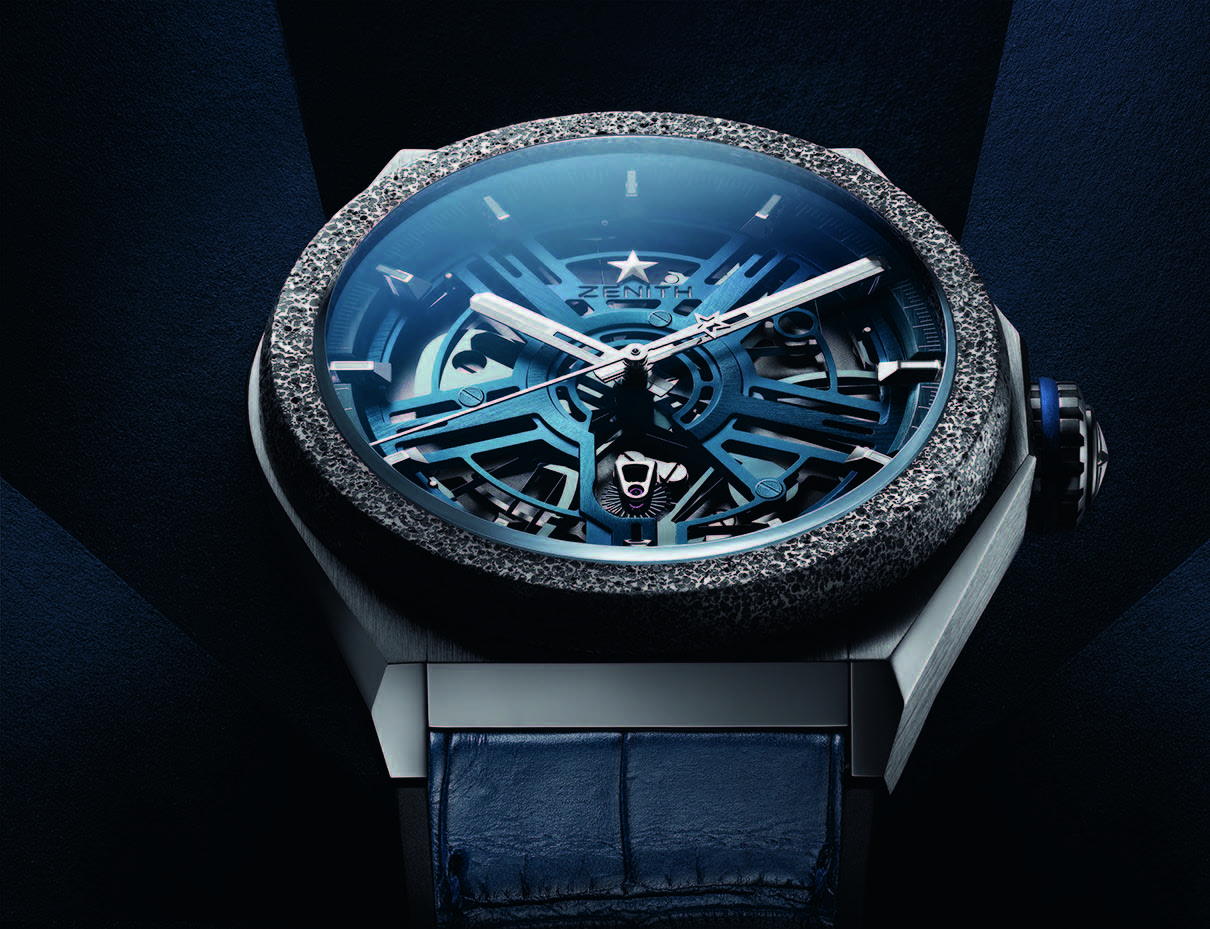 The heart of the Defy Inventor does not beat; it pulsates. In place of the traditional sprung balance, we discover a single-piece oscillator, developed and patented by the manufacture, that vibrates at the very high frequency of 18 Hz (compared to the usual 4 Hz). The Le Locle-based manufacture unveiled an initial concept watch equipped with this hightech mechanism in 2017: the Defy Lab, only ten of which were produced. But Zenith wanted to take the challenge to its logical conclusion and pass from a prototype to a series-produced watch. And it has succeeded: the Defy Inventor, equipped with this revolutionary regulating organ, has been produced in the hundreds. Driven by its high-frequency oscillator in monocrystalline silicon, this new-generation movement is set in a brushed titanium case complete with a bezel in Aeronith, an ultra-light aluminium composite. It is a revolutionary timepiece that is also set to endure throughout the century.