The power of seduction by Patek Philippe

Although Patek Philippe is a leading name in ‘grande complication’ watches, it is equally renowned for its ‘petite complication’ timepieces, notably its calendar watches and women’s range.

Very often, Patek Philippe’s truly exceptional models are focused on grandes complications, such as the Grandmaster Chime Reference 6300, which has two dials, no fewer than 20 complications (including five chiming ones) and 1,366 parts. And this wasn’t even a oneoff! Presented in 2014 to celebrate the manufacture’s 175th anniversary, it was incorporated into the current collections two years later. But in the early 1990s, Patek Philippe also began to concentrate on what it dubbed ‘useful’ complications, such as annual calendars, universal time and second time zones. In parallel, it also launched the Twenty~4®, its first women’s watch in diamond-set steel, in the same period. Patek Philippe thus also became a benchmark for useful complications, notably with highly popular models offering simple, annual and perpetual calendars and – since this year – a weekly calendar.

The advantages of an annual calendar are obvious. Requiring a simple correction once a year at the end of February, it is therefore less complex than a perpetual calendar and consequently more affordable, while still leaving room for original dial decorations. Yet the patented movement equipping Reference 5035, which is readily considered to be the first true annual calendar, made Patek Philippe a recognised pioneer in the discipline. That was back in 1996, and since then this complication has become a trusty constant in the house’s catalogue, available in more than 20 different versions. One of these includes Reference 5235, which was released in 2011 and combined Patek Philippe’s patented annual calendar mechanism with a regulator type display that dissociated the hours, minutes and seconds hands in a highly unusual way, all the while offering day, date and month calendars in separate apertures. The model returns this year in rose gold with a two-tone graphite and ebony-black dial. 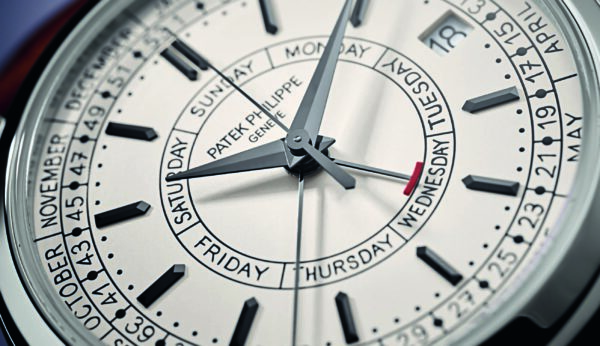 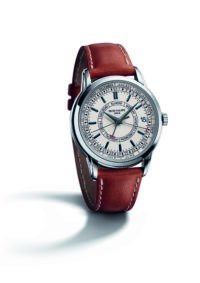 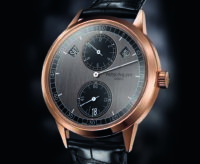 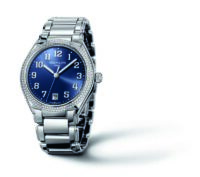 While this watch – “a tribute to the precision clocks that were long used to display the exact time in watchmaking workshops and astronomical observatories” – offers perfectly mastered retro charm, the same is also true of another new timepiece: the Calatrava Weekly Calendar Reference 5212A in steel, which introduces a new calendar function (the week number) in addition to the day and date displays. Inspired by a one-of-a-kind piece made in 1955, the aesthetics of this creation have a vintage feel that is highly popular today. As evidence of this, the house has created a specific typography based on handwriting, with letters and numerals that are all different and unique, in a nod to the notes written in a diary.

Without the Twenty~4®, Patek Philippe would certainly not be where it is today. The house’s iconic women’s watch is now celebrating it 20th anniversary, providing the perfect opportunity for the manufacture to give it a new lease of life with the Twenty~4 Automatic, which abandons rectangles and quartz for the curves of a 36 mm case in diamond-set gold or steel, and the reliability of a self-winding 324 S C calibre. It took no less than five years of development to prepare this new Twenty~4®, notably to adapt the calibre to a smaller case and to hone its appearance right down to the tiniest of details. As the house’s boss, Thierry Stern, summed up when it was presented in Milan: “It had to be perfect. It had to be a Patek Philippe!”. 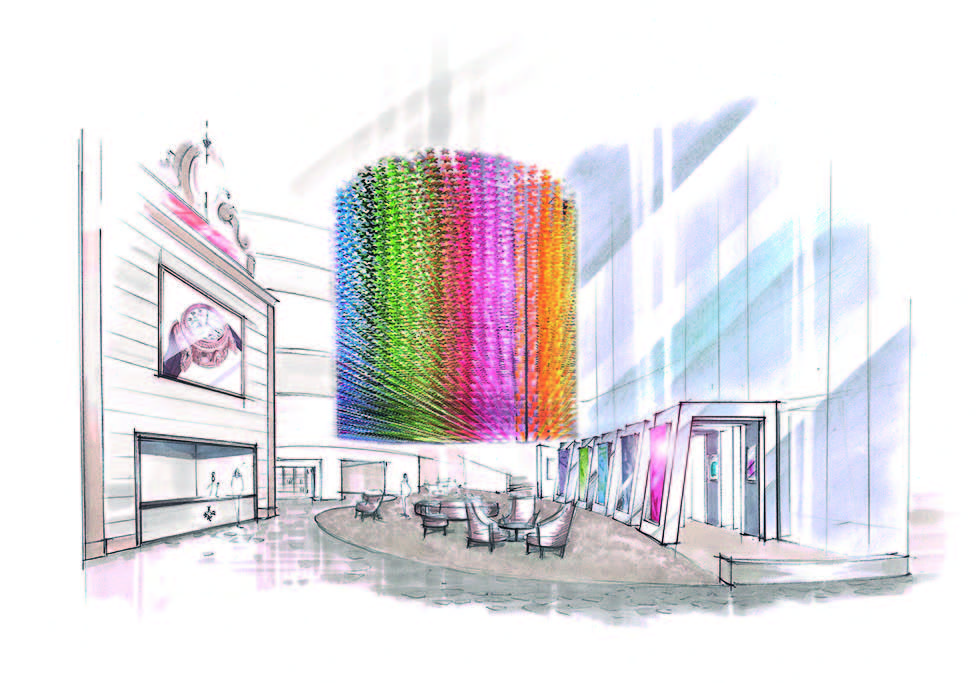 On course for Singapore

After Dubai, Munich, London and New York, Patek Philippe’s touring exhibition has turned East and taken its 2019 ‘Watch Art Grand Exhibition’ to Singapore. As the house explains, “taking place during the bicentenary of the founding of Singapore, the exhibition highlights how important the city-state and all of South-East Asia is for Patek Philippe. These markets play an essential role due to the large number of collectors and enthusiasts we have there.” And to ensure visitors were utterly amazed, Patek Philippe pulled out all the stops between 28th September and 13th October, as has been the case at each of these events, which are more like fine watchmaking fairs than simple exhibitions. 1,800 m² was devoted to ten themed areas, each with their own ambience, enabling visitors to immerse themselves in the world of Patek Philippe. Several limited-edition watches and a collection of pieces featuring artistic crafts inspired by the region’s cultural heritage were also showcased.