There is nothing more difficult than transforming an iconic watch while suggesting that it has stayed the same. This upgrade has been a success for Chanel’s new J12, which presents some barely perceptible differences.

The J12 watch arrived on the watchmaking scene about 20 years ago. No one expected it. And no one believed in it, either. What was a masculine timepiece doing in the essentially feminine world of Chanel? But it was born from an insatiable desire of Jacques Helleu, who was artistic director for Chanel perfumes and watches at the time. This man, gifted with extreme elegance, caustic wit and exquisite taste, and always dressed in his signature black and white, designed this watch primarily for himself.

A timepiece for an egocentric aesthete, a sporty model in glossy black ceramic inspired by the worlds of both cars and sailing – hence the name J12, borrowed from a class of racing yachts eligible to compete in the America’s Cup. “I made it for myself,” was what he would declare. “I wanted a watch as black and shiny as a Raymond Loewy locomotive.” In 2003, three years after it was launched, a white version was created. Black and white, the essence of chic. “Black has it all. White too. Their beauty is absolute. It is the perfect harmony,” said Gabrielle Chanel. 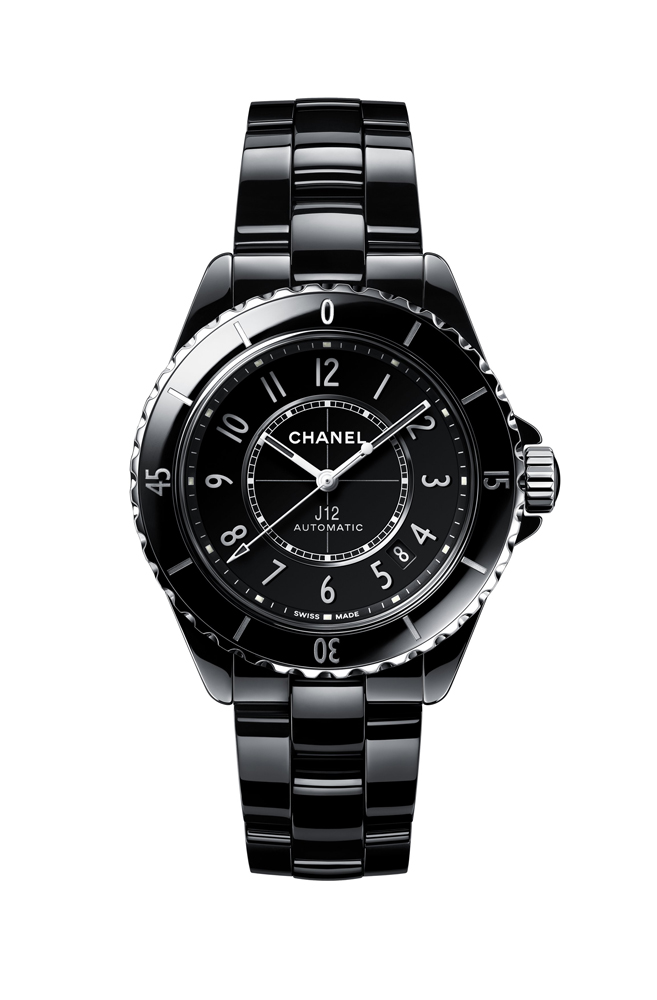 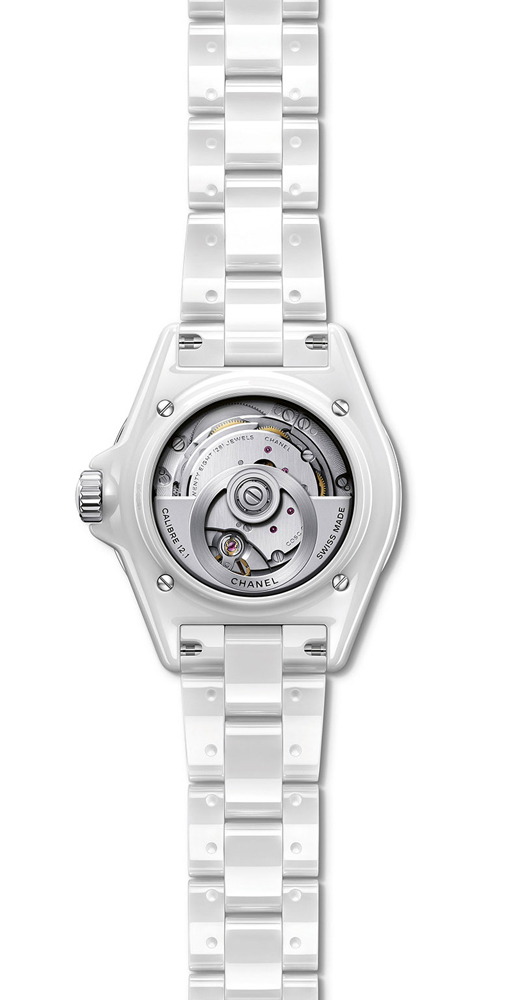 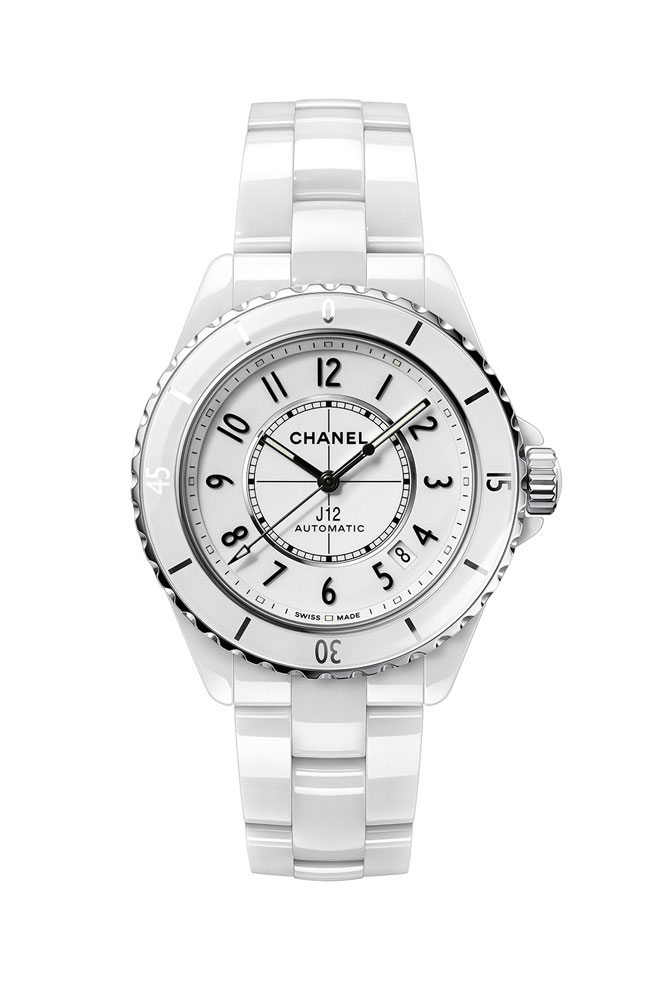 A time for change

In 2019, Arnaud Chastaingt, Director of Chanel’s Watch Design Studio, directed his attention to this horological emblem, not to denature it but to update it for the present time. His challenge was to change everything, without changing anything. He worked like an Impressionist artist, in small touches. If you placed the two models – the one from 2000 and the one from 2019 – side by side, you could play at ‘spot the difference’. But chances are you wouldn’t see them all because they are so imperceptible. The first thing you look at in a watch is its case: its size, shape and material. The J12’s case has become slightly thicker, but given its rounded silhouette, this change is difficult to perceive. Then we look at the dial, the face that distinguishes one timepiece from the next. To enlarge the J12’s dial opening, the bezel has been made thinner and its number of notches increased from 30 to 40. New hands, which are now the same width, travel across the dial, counting off the hours and minutes on ceramic numerals. Their typography has been entirely redesigned and refined by Chanel’s Design Studio, as have the markers and the railtrack minute circle, all of which have been revamped. The crown is slimmer and its ceramic cabochon has been levelled down. As for the J12’s emblematic bracelet, its links have been lengthened to create a sense of movement and greater finesse.

Straight from the heart

Let’s focus on what’s essential: its heart. The new J12 has a ceramic monobloc case and a sapphire crystal case back, which reveals the new 12.1 calibre, an automatic movement certified as a chronometer by the COSC, the official Swiss chronometer testing institute, and developed exclusively for Chanel by the new Swiss manufacture, Kenissi. Equipped with a tungsten oscillating weight in the shape of a perfect circle imagined by Chanel’s Design Studio, the new 12.1 calibre has a power reserve of around 70 hours. Everything changes, yet nothing does. The J12 was designed to cross decades without losing an iota of its modernity. Wanting to change this iconic watch was a risk. Yet when you compare the two models, the modifications made to the J12 make it imperceptibly more contemporary and in keeping with the spirit of its time. Time that flows through it and comes out entirely unaltered. 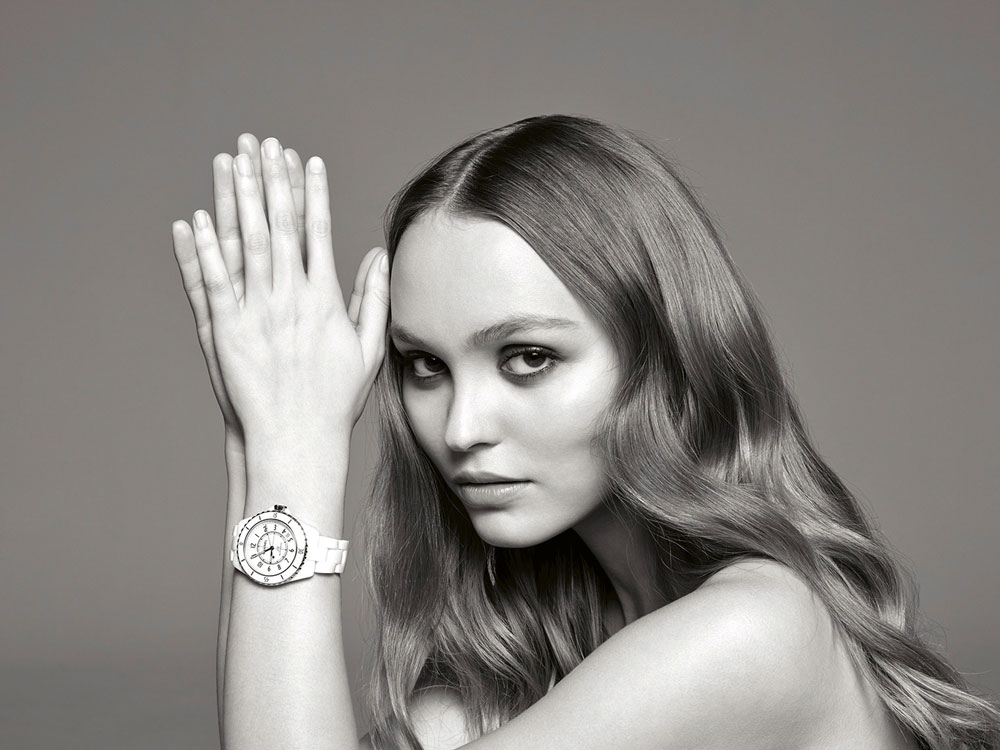 The second that changed everything

The tradition of muses at Chanel was launched by Jacques Helleu, former artistic director for Chanel perfumes and watches. He gave Chanel N°5 a face: that of Catherine Deneuve. He also discovered Carole Bouquet and Ali MacGraw, amongst others. So it comes as no surprise that Chanel has called on these historic muses for its new J12 launch campaign. The house based in rue Cambon, Paris has asked nine of its muses to “tell us about a second that changed their lives”. Filmed in black and white by photographer Brigitte Lacombe, Ali MacGraw, Keira Knightley, Naomi Campbell, Claudia Schiffer, Vanessa Paradis, Lily-Rose Depp, Carole Bouquet, Anna Mouglalis and Liu Wen describe the second that profoundly changed their lives. “I was expecting my second child and wondering how I could love him as much as the first. The very second he was born, I had the answer,” states Carole Bouquet. “The second my little brother was born, my life changed,” confides Lily-Rose Depp. The second that changed everything.