For Breguet, technical performance and aesthetics are two inseparable sides of the same coin. The new Classique Tourbillon Extra-Plat Squelette 5395 demonstrates this to perfection. It is as much a technical feat as it is an artistic achievement by the manufacture. Patented by Abraham-Louis Breguet in 1801, the tourbillon compensates for the negative effects of the earth’s gravity on a watch and improves chronometric precision. This device, invented more than 200 years ago, remains a horological triumph. As heir to the brilliant watchmaker’s legacy, the Breguet manufacture possesses an unparalleled reputation for tourbillons.

The 581 calibre that powers the new Classique Tourbillon Extra-Plat Squelette 5395 epitomises this excellence. Ultra-slim at just 3 mm thick, this movement in 18-carat rose gold possesses a unique architecture designed to offer optimum visibility of the components, which have been skeletonised to remove around 50% of their substance. Removing a maximum of material while carefully maintaining the components’ technical properties and resistance tests the laws of physics. Here, the tourbillon has been entirely redesigned. Weighing just 0.29 grams, the titanium carriage engages directly with the gear train, and the silicon escapement features an inversed right-angle lever. These two innovations, beyond their technical advantages, save a considerable amount of space. The same is true of the self-winding system with peripheral oscillating weight which, concealed around the movement, ensures the latter remains fully visible. 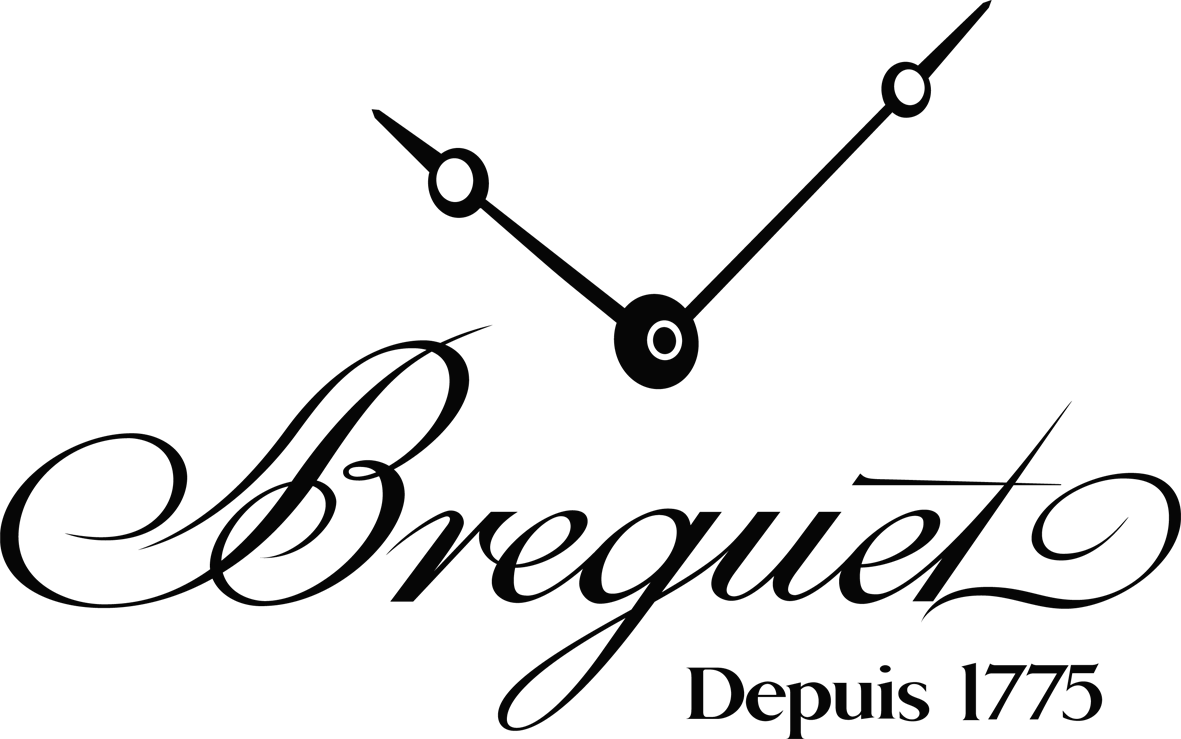 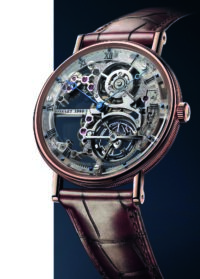 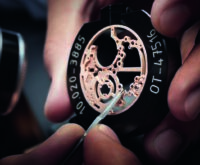 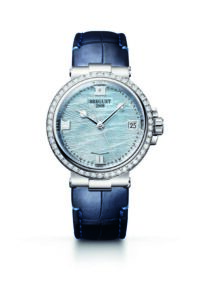 Artisanal crafts for an added splash of soul

Once the bottom plate and gold bridges have been meticulously hollowed out to reveal depth and transparency, the artisanal crafts take over to give the timepiece an ‘added splash of soul’. The few remaining surfaces on the bottom plate are decorated with Clou de Paris guillochage created using a diamond-tipped tool, which cannot tolerate the slightest inaccuracy and gives the piece its unique radiance. The sharp edges are chamfered using a file to obtain perfectly smooth and even 45-degree bevels, before the engravers add various inscriptions and any fine bands around the holes. By this stage, the Breguet watchmakers and craftsmen work in unison. The resulting horological display is housed in a fluted rose gold case that is now a Breguet signature. Capped with a box crystal, the transparent sapphire crystal dial features applied markers in blued gold, an hours ring obtained using galvanic growth technology and a laser-engraved minutes circle coated with blue varnish. Breguet’s beloved blued ‘apple’ hands and soldered lugs provide the ultimate distinctive signs.

The new Marine Dame also demonstrates this subtlety and decorative refinement. To celebrate the union between artisanal crafts and the sea, the manufacture’s guilloché craftsmen have designed a unique motif called ‘marea’. Unlike traditional guilloché patterns composed of straight lines and circles, ‘marea’ reflects the complex movement of waves. This work requires an extremely delicate touch and, what’s more, is carried out on a highly fragile mother-of-pearl dial. Available in gem-set or plain steel, and in gem-set rose or white gold, the Marine Dame is powered by the 591A self-winding mechanical manufacture movement. It celebrates the maritime world through some sporty yet decorative touches that include luminous ‘apple’ hands and a guilloché decoration on the movement evoking the bridge of a ship. 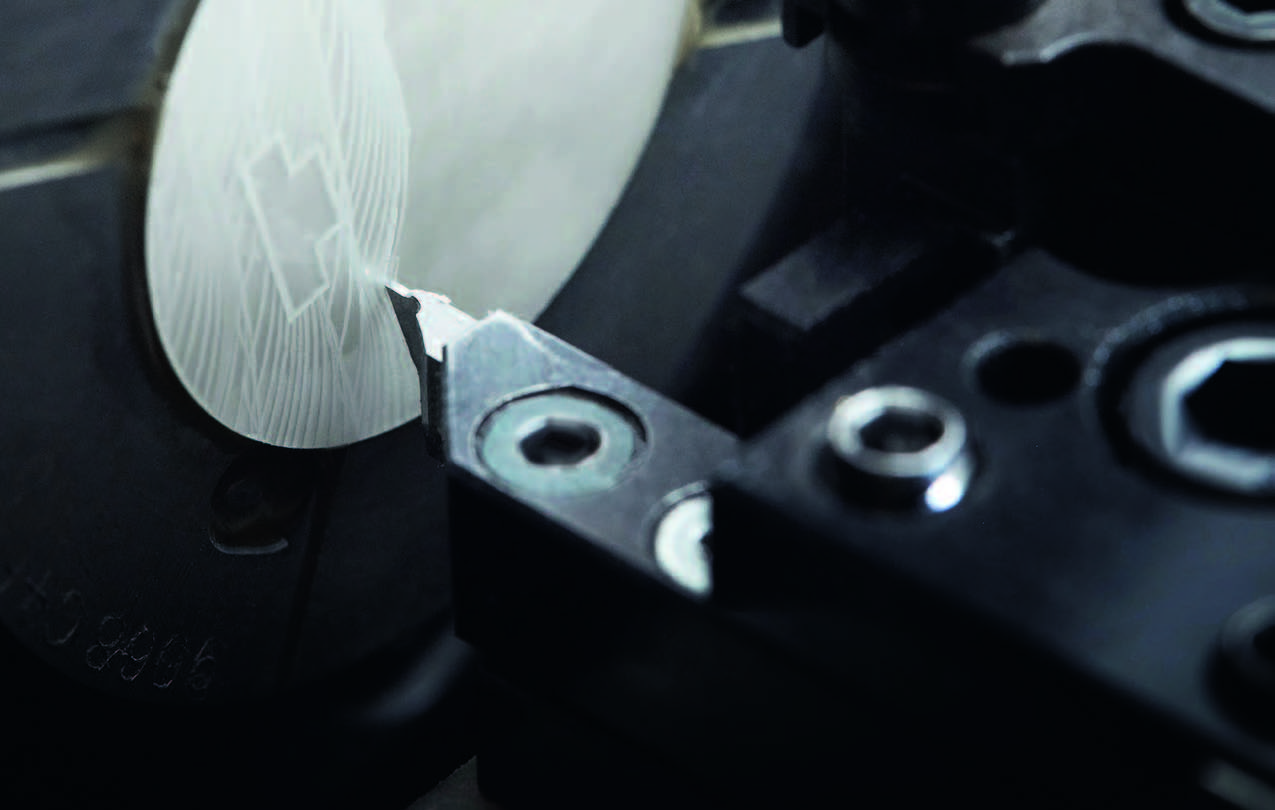 Guillochage is performed by around 20 artisans at Breguet working with old or new machines developed and manufactured in-house.

The artisanal crafts of guillochage, engraving, bevelling and Grand Feu enameling are heritage skills that are developed and performed in the workshops of the Breguet manufacture. When evoking this array of expertise, the brand states that “the artisanal crafts are not just a mere exercise in watchmaking mechanics. They represent the very essence of the House of Breguet”. Amongst them, guillochage plays a key role. This engraving technique was first applied to watches by Abraham-Louis Breguet in 1786, and immediately became a brand hallmark. Guillochage, or engine turning, is the art of bringing material to life by creating a play of light in a strictly ordered way. The artisan turns the handle of the machine with one hand, and uses the other hand to meticulously guide the graver to form patterns using straight, curved or broken lines that are symmetrically repeated and interlaced. In addition to its aesthetic qualities, guillochage protects the material from scratches and tarnishing, while its antireflective properties ensure maximum dial legibility.